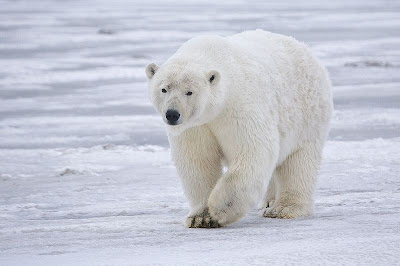 In 1912 Wirth's Circus were performing in Melbourne. During their polar bear act they had included a boar hound. It would be natural that an adult polar bear would see a dog as its prey. After this incident the act that included dogs was discontinued.

BEAR AND A BOAR HOUND.

A thrilling fight took place between a Polar bear and a powerful boar hound in full view of the spectators at Wirth's Circus.

The incident occurred during the performance by the Polar bears, one of which, without warning, rushed the boar-hound while it was seated on a stool awaiting its turn in the proceedings. The bear viciously hugged the dog, which, in turn, showed fight. Herr Schmidt, the trainer, at once took in the situation, and began beating the bear across the nose, while many attendants. prodded both bear and dog, and in every way attempted to separate them.

Whenever the bear relaxed its grip, the boar-hound returned to the attack, but it was; always underneath, and in evident danger of being killed. After the conflict had lasted 10 minutes, and both animals had received a violent beating, a separation was effected, and the bear went to went to its corner, ‘feeling and looking very sick’ and blood-bespattered, while the boarhound, which will not again be introduced into the performance during the remainder of the season, looked very little, the worse after the trouble. The other bears in the cage looked on during the attack, and not one stirred from its position.
- Grey River Argus (N.Z) 23 November 1912
Australia Boar Hound dogs Polar Bear Polar Bear Act tralia Wirths Circus