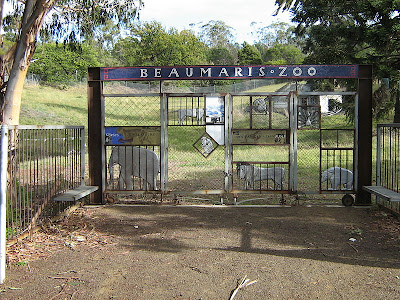 
Within days of the new zoo being opened, Arthur Reid the curator was faced with the arrival of further animals to the Beaumaris Zoo.

On the day of the opening the two Tasmanian Devils gifted to the zoo escaped from their enclosure. The two marsupials were found hiding under a culvert. Despite efforts to recapture the escapees the devils continued to elude Reid and his staff's efforts to see them back in the security of an enclosure.Mercury 12 February 1923

Baits were laid and taken on several occasions over the course of a week, despite them being taken the pair continued to evade capture. Finally Reid constructed a box trap. Baiting it with lamb's heart, he left it near the entrance to the culvert where the devils had hidden themselves. On 17 February almost two weeks after their disappearance the errant pair of Tasmanian Devils were successfully trapped and returned to their now reinforced enclosure. Mercury 19 February 1923

The lions gifted by Taronga Park Zoo had arrived from Melbourne on the State steamer on 11 February 1923. Arrangements had been made by Reid to have the felids taken directly to the zoo and housed in a temporary den. However that plan ran foul of the authorities who required the animals to pass an inspection by an officer of the Stock Department. The open air enclosure was still two weeks away from completion, so the temporary housing Reid had arranged.


"Judging from what could be seen of the beasts in their dark cage aboard the vessel last night, they are a splendid pair, being healthy and exceedingly well grown for their age, which is about a year. They are lion and lioness, and the conditions under which they will live should result in their development  into exceptionally fine specimens of the noble denizen of the jungle. They certainly will be a great attraction at  the Zoo." 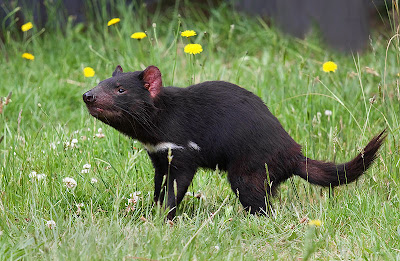 On 12 February Hobart City Council on the recommendation of the Reserves Committee set the initial entrance charges for the new zoo at 6d for Adults and 3d. for Children under 12 years of age. Mercury 13 February 1923

Hobart City Council at a meeting on 26 February set the opening hours and a special fixed rate for children set. Mercury 27 February 1923

Charges for Children on Saturdays, That on Saturdays only the charge for admission for children under 12 years, between 10 a.m.-and 1 p.m., be reduced to twopence...." 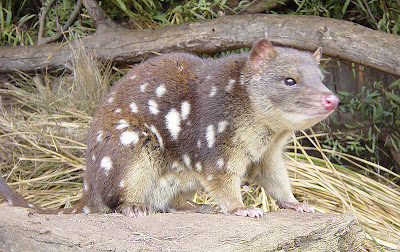 Starving Possums and a citizen's concern

On March 2 a letter appeared in the Mercury headed "Starving Possums". The correspondence to the editor of the Mercury was signed 'A. Cawthorn' and the words of the writer were bitterly critical of the diet chosen for the black possums or 'opossums' as they were termed. Cawthorn also noted the state of a Ring-tailed  Possum (Pseudocheirus peregrinus) being left forgotten and alone in what was termed a 'filthy box placed on the ground'. It appeared the writer had more knowledge than the curator of the zoo on the keeping of the small marsupials and how to house them. Mercury 2 March 1923

I wish to draw your attention to the disgraceful conditions of feeding of the black opossums at the Beaumaris Zoo. If a zoo is necessary for education or scientific purposes there is no need for anyone to be cruel. It is bad enough to keep these creatures in captivity, without starving them to make their lives harder. I saw the opossums being fed yesterday.

Most of them are skeletons of their former selves. Their meal consisted of a few hard, mouldy crusts of bread, and a couple of handfuls of grass from the lawn mower. If bread is to be given, why not decent bread, with fruit and vegetables, such as apples, bananas, carrots, lettuce, etc.? Only starving opossums would eat what I saw given them, and they did not get enough of that.

They have no bed at all, not a leaf or a straw; they feel the cold, and in the bush make themselves comfortable nests of leaves. I also saw a poor little ringtail opossum which appeared to be forgotten, in a filthy box placed flat on the ground.

Cannot something be done to relieve the bufferings of these beautiful defenceless creatures? In the meantime, I would ask every kind-hearted visitor to the Zoo to take them something to cat I understand they are only fed at 3 o'clock in the afternoon, and if this is so, what must their nights be like, which is their proper feeding time?


With such an embarrassing issue raised, where animal welfare was concerned, the Hobart City Council was quick to respond Mercury 3 March 1923

The Town Clerk (Mr. W. A. Brain) points out that the criticism by a correspondent in yesterday's "Mercury" regarding the manner in which the black opossums at the Beaumaris Zoo arc fed has apparently been based upon a misconception of the facts.

The routine followed by the curator of the zoo (Mr, A. R. Reid) is to give the opossums a snack of bread and newly-mown grass daily at 3 o'clock in the afternoon so that visitors may see them feed.

The real dining hour of the opossums is at 5 p.m., when they receive a liberal allowance of boiled grain and a mixture of bran and pollard. They are also given apples, pears, and lettuce. The latter food is rarely ever completely eaten up, and it is necessary to remove remains in the morning;

Regarding bedding for the opossums, the curator points out that neither the black nor the grey opossum makes nests, but sleeps in the holes of trees without bedding of any kind. In reference to the ringtail, opossum which was seen in "a box on the ground, this animal had only just arrived and 'had not been removed from the box in which it came.


Further presentations of new animals and birds were added to the increasing zoological collection with the gifting of three emus by Mrs Cater Propsting . The birds were obtained from Lighting Ridge in Queensland and imported to Tasmania by Mr and Mrs J. M. Jenkins . Six Tasmanian Native Hens (Gallinula mortierii) presented by the Hon. William B. Propsting, a Black Swan Cygnus atratus by Mrs Boxall, two wallabies by Mr Casimaty and a Mrs King, and lastly, a white hawk by Mr Enslow were also gifted. Mercury 10 March 1923

The new lion enclosure was close to completion with the three terraces formed and the concrete enclosure wall almost finished. Construction of a new monkey enclosure had also been commenced in anticipation of the expected arrivals from Sydney. Mercury 24 March 1923


During April, a large consignment of birds along with a pair of Indian Blackbuck antelope (Antilope cervicapra) arrived from Taronga Park Zoo . A pair of Fairy penguins (Eudyptula minor) had also been added along with other numerous additions given by the citizens of Tasmania to the state's only municipal zoo. Mercury 6 April 1923.


On April 16 the Hobart City Council received a report from the Reserves Committee on the requirements for the zoo. Two turnstiles were needed and quotations for those had been obtained. Charles Davis Ltd was named as the successful supplier with a quotation of £47.Plans were presented for the new Tea Kiosk and approved with tenders to be let out for the construction. Alderman Williams reported that in the three months since the zoo had opened it had  receipts that totalled about £500 with an estimation of around  £1,000 being possibly received for the year. With a visitor total number in the first three month period of 18,000 the future of the municipal zoo looked promising. Mercury 17 April 1923