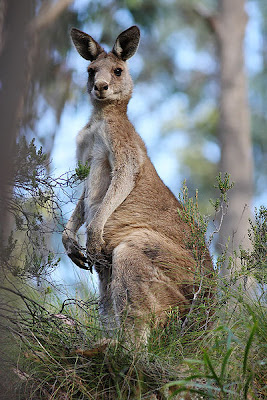 May saw Arthur Reid returning from a trip around Tasmania to collect further species for the growing zoo. During the expedition he had managed to capture a Forester or Easter grey kangaroo (Macropus giganteus) . The marsupial was sent first by road then rail to Hobart but died on the way. Examiner 4 May 1923

A meeting of the Council on April 30 raised the question of charges for groups of children from schools groups, girl guides and boy scouts. The Reserves Committee recommended that on the application of a teacher in charge, or another authorised person, school children visiting the zoo in classes of a minimum of twelve would be admitted for a charge of 1d. each. Mercury 1 May 1923

..The question of the charges for the admission of school children, girl guides, and boy scouts to the Beaumaris Zoo was brought up at last night's meeting of the City Council, when the Reserves Committee recommended that on the application of a teacher in charge, or another authorised person, school children desirous of visiting the Zoo in classes to a minimum of twelve, be admitted for the charge of Id. each, the same to apply to girl guides and boy scouts. On the motion of Alderman Soundy the recommendation was agreed to.... 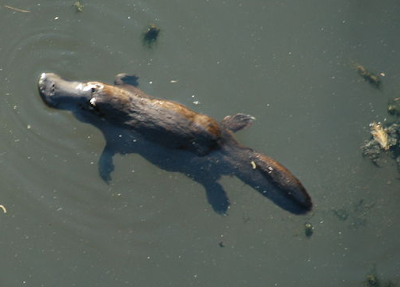 Further gifts of animals and birds by local citizens began to help the collection grow. Australian native fauna began to feature strongly in the Beaumaris zoological collection. The zoo saw the gifting of its first Duck-billed Platypus (Ornithorhynchus anatinus) by Mr Geard. Mr Castimay added a bandicoot, with black and grey possums also added to further the captive marsupial population.  Japanese Silkie fowl , fancy rabbits and a Black Jay were also given as gifts. Mercury 5 May 1923

The zoo also saw the arrival of its first pair of ostriches, along with prairie dogs, and a pair of black tailed wallabies had accompanied the birds from the Melbourne Zoological Gardens. Mercury 19 May 1923

...Recent additions to the Beaumaris Zoo include some exchanges the authorities have made with the Zoological Gardens of Melbourne These consist of a pair of ostriches, half-a dozen prairie dogs, and a pair of black-tailed wallaby In addition, exchanges of animals were made with the persons in charge of the consignment of birds recently at Hobart on board the s s Medic en route to the London Zoo, and some very valuable birds were obtained. These comprise a few of the handsome Blue Mountain lorikeets, the rare Superb or Baraband parrot, and the Queensland cat-bird. A red deer and several monkeys are expected to arrive within the next fortnight... 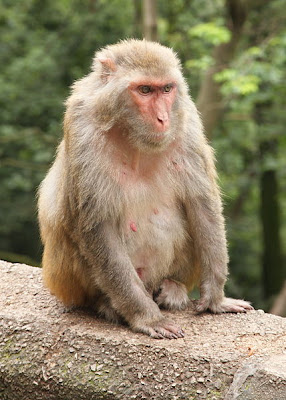 In June ten Rhesus monkeys (Macaca mulatta) arrived from Sydney's Taronga Park Zoo, and were housed near the Wedge-tailed eagle enclosure. The enclosure built for the small primates had an interesting almost human-like aspect applied to its construction

"... They have been provided with a specially constructed house, perched up on the side of a cliff, with doors, windows, and chimney complete..."

Building operations at the zoo grounds were well under way with the lion enclosure almost complete, the concreting work had been considerable with only the roofing of the summer shelter within the den, and the iron railings down the sides left to erect. A future plan was to include a band rotunda for summer concerts to be sited near where the lions would soon reside.

The Tea Kiosk with proposed seating for 200 people was being constructed to the right of the entrance gates, combining a shop where visitors could buy peanuts and other food to feed the animals with.

...  It is octagonal in design, 70ft. in circumference, with a verandah 10ft. in width, and capable of accommodating about 200 people. Combined with it will be a shop, where peanuts and other articles to feed the animals may be purchased, the revenue from which will go to the funds of the zoo....

The duck pond was enhanced with islets created out of stone and the planting of palms planned to give the birds shelter from the elements.


With large birds of prey housed right beside the monkey enclosure interesting events were bound to happen. A wedge-tail eagle had caught its talon in the mesh of the flight aviary. While the bird flapped and struggled to free itself, one of the rhesus monkeys took an interest and subsequently extracted the eagle's imprisoned talon from the mesh. Released the bird flew off and sat for some time staring back at its rescuer so it was
reported with some surprise at its rescuer. Mercury 22 June 1923


In early July a second Thylacine had arrived at the zoo. It appears the unfortunate animal had a leg injury from the snare trap it had been caught in. Due to the injury the marsupial was not put on public display for the time being. Mercury 7 July 1923


TASMANIAN FIELD NATURALISTS CLUB.
The Next Meeting will be held at the Tasmanian Museum on Friday, July 13th,
at 8 p.m.
Lecture, "Zoological Notes," by A. R. Reid, Curator of the Beaumaris Zoo.
- C.E.L.,
Hon. Sec.


Arthur Reid the curator was invited by the Tasmanian Field Nautralists Cub to give a lecture on "Zoological notes" Reid in his speech gives an interesting insight on the characteristics of the animals and birds in the zoo he curated. It also reveals Mr Reid was no lover of hawks and appeared to have no interest in protecting the raptors, after he proposed in his lecture to have all hawks removed from the protected list.


The greater part of the evening was devoted to a lecture on the animals and birds of the Beaumaris Zoo by the curator, Mr. A. R. Reid, in the course of which he dealt in a popular way with the lives of the lions, monkeys, and the birds, more especially the hawks.

The lions, he said, were l8 months old, and, although they had not reached maturity, they were well developed, and in excel lent condition, the cold climate apparently in no way affecting them, as some people had prophesied.

The lion, whose same was Douglas, was amiable and friendly, and did not object to having his nose rubbed by his keeper through the bars of his cage; but the lioness was of a totally different disposition, and stood no such liberties. She greeted everyone with a snarl. He hoped to have them out in the new quarters in about four weeks time.

The wombats were fond of one another's company, and all tried to squeeze in a small shelter, huddling up together when other boxes provided for them were vacant.

The monkeys had come all the way from India, and, having experienced a very trying sea voyage were in a poor condition upon arrival at the zoo, but they bad since picked up wonderfully, and were the principal animals, of interest in the whole place.

Mr. Reid went on to deal with the hawks and other birds of prey. The swamp hawk, he said, was the most plentiful of the hawks in Tasmania. He bore it no love, since among all hawks it was the greatest enemy of the quail and other small birds. Its only redeeming feature was that it killed small rabbits, but not too many of these.

During his residence in Tasmania for the last 30 years no fewer than 800 hawks of all species had passed through his hands, and from ins examination of the contents of their crops, and his experience in the field, he was of the opinion that, with the. exception of the white goshawk, which fed mostly on rats and mice, and the little kestrel, whose diet mostly comprised insects and worms, all the hawks should be removed from the protected list.

He would have his opponents in this connection, but he had proved that the hawks destroyed a great many smaller 'birds and pigeons, and were not as desirable as they were mode out to be.

In the 23 weeks since the zoo had first opened the statistics were showing the new attraction was a popular distraction to the visiting public. A total of  44,206 visitors, averaging 1,922 per week with total receipts comprising of mainly gate takings of £812. Mercury 18 July 1923

More birds and animals were added to the collection including a male ostrich from Melbourne. Mercury 21 July 1923


...Visitors to the Beaumaris Zoo during the weekend will see some new birds that have been added to the institution. One of these is a fine male ostrich from Melbourne, with handsome black and white plumage..

During late July it was reported that the Governor-General had issued a proclamation that the Beaumaris Zoological Gardens was to be a quarantine station for animals. Mercury 25 July 1923


By the end of July Reid had advised that the lions were soon to be liberated into their new surroundings. The monkeys were thriving, and the gifts of new animals from local citizens continued to flow in. Beaumaris looked forward to becoming a true municipal zoo. Mercury 30 July 1923