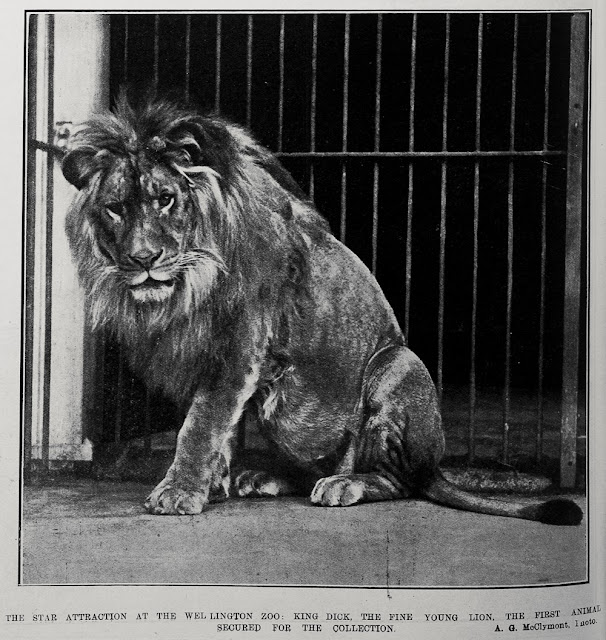 In 1906, visiting UK circus Bostock & Wombell's Circus & Menagerie offered the gift of a young one year old African Lion Panthera leo to the City of Wellington.The Wellington City Council accepted the offer and arrangements were made to collect the cub from Government meteorologist Rev. D.C. Bates one of the man proponents for the beginnings of Wellington's first zoological park accompanied the young animal back by train from New Plymouth to Wellington, where he was housed in a small enclosure (described as a 'pillbox' in one publication) at Newtown Park, Newtown, Wellington. The lion spent 14 years at the Wellington Zoo before he lost control of his hind legs and was subsequently destroyed by the adminstration of poison on 18 December 1920 (Evening Post 23 December 1920). His remains were sent to the Newtown Museum for mounting. King Dick exists today at Te Papa.
1906 African Lion Bostock and Wombwell Circus King Dick Wellington Zoo