Alice to the rescue 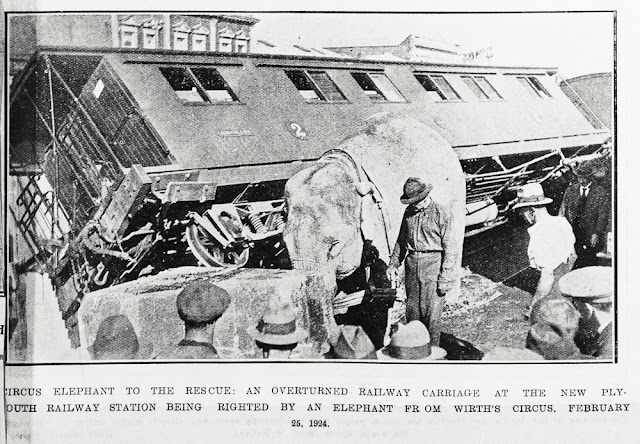 This photo was taken in New Plymouth, Taranaki, New Zealand by the Auckland Weekly News 25 February 1924. A search of the papers of the time reveals no reports of this incident. However, not all incidents involving overturned train carriages in provincial towns were necessarily reported. Alice, of course was actually named 'Primcess Alice' and in this time period was predominant in the Wirth's Circus elephant herd. Whatever the story behind this image it's a lost reminder of a great Australian family circus long since gone, but not forgotten.
1924 Asian Elephant New Plymouth New Zealand Princess Alice Taranaki Wirths Circus